Posted by Ajay Thomas | Life Along The Road, Mission | No Comments

Last night was the culmination of nearly 3 months of talking about the DNA of 7 Mile Road using Luke 24 to frame our conversation.

We began the night by talking through the last few verses of the seven mile road story.

And their eyes were opened, and they recognized him…And they rose that same hour and returned to Jerusalem. And they found the eleven and those who were with them gathered together…Then they told what had happened on the road, and how he was known to them in the breaking of the bread.

Don’t you love that? We did. 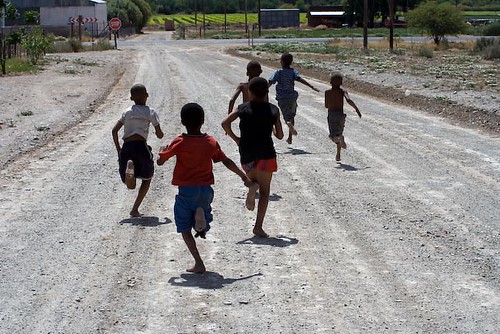 We said that we longed for these same things to mark 7 Mile Road. What if we were a community of men and women who had encountered the truth of Jesus and were sprinting back to our circles, to our spheres of influence, to our culture, to our context, and to our city with that truth. What if we were committed to sharing this good news even if meant taking risks? What if we testified personally so each person could recount how Jesus had specifically met them along their journey? What if we really were a missional church?

Before we dove into what it meant to be missional, we first laid out a theology for mission. We wanted to be clear that mission wasn’t something that we came up with. Rather mission is rooted in who God is. Our Trinitarian God is a missionary and so we are called to be as well. We walked through our Bibles and saw that God has been on mission since the beginning. From pursuing Adam & Eve moments after the Fall, to making a covenant with Abraham so all the families of the earth could be blessed, to selecting Israel and commissioning her to be a light to the nations, God has been on mission. Of course, this is fulfilled in the person and work of Christ. The greatest missions trip in history is the one where Jesus leaves Heaven to come to Earth. But it is continued in the Church. Now the Church is God’s agent in the world. It is through the Church – universal, and each local expression – that God makes His plea to men and women to be reconciled to Him. And so 7 Mile Road exists for the sake of mission. In planting a missional church, we are being swept up into the Missio Dei – the mission of God.

After we unpacked all that, we talked through what it meant to be a missional church. We discussed what the differences were between a church that does missions and a church that is missional.  We committed ourselves to never relegating missions to a certain wing or department of the church for some members of the church. Rather we emphasized the need for every member of 7 Mile Road to be a missionary committed to engaging our culture with the Gospel. And we also talked about the intersection between evangelism and mercy in mission. We said that they were two sides of the same coin. That love for a man’s spiritual life would drive us to evangelism and love for a man’s physical life would drive us to mercy. Through word and deed, we talked about being a church that would spread the Gospel of Jesus to our city.

As you can see, we covered a lot in one night. Next week, we’re going to try to put some flesh on this skeleton by talking about our context specifically and how we might missionally engage this time and place with the Gospel. We ended by confessing that we were not naturally tuned into God’s mission and pleaded for grace so that what we talked about might be true among us.

This site uses Akismet to reduce spam. Learn how your comment data is processed.