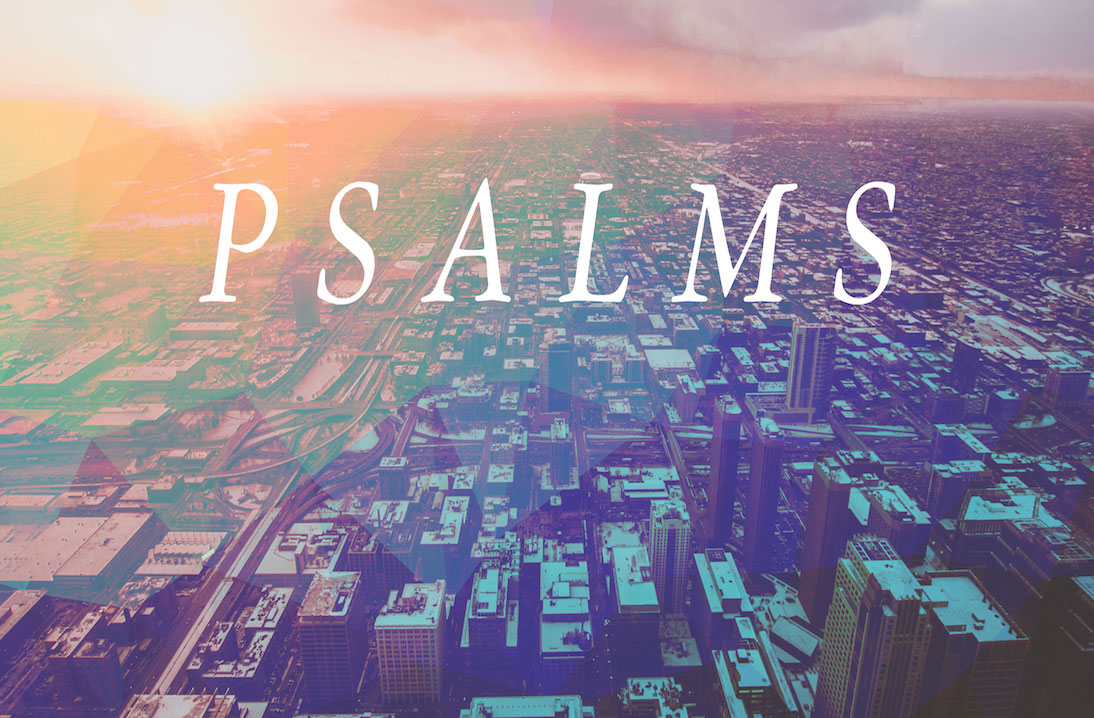 A few months back, Das and I attended a Simeon Trust Workshop on Preaching the Psalms. It was excellent.  We came back having learned a lot and I grew excited about the prospect of preaching through the Psalms at Seven Mile Road.

If you’ve been around church or Christianity for some time, you know a thing or two about the Psalms. It’s the biggest book, all 150 chapters, right in the middle of our Bibles. It was written by various authors, David being the most prominent, over the span of a millennium covering Israel’s history from the time of Moses (Psalm 90) to the period of the exile and return (Psalm 137, 126). It’s a collection of songs (that’s what Psalms mean) that was used in Israel’s corporate worship. In that way, it’s a song book for God’s people. The Psalms cover every range of human emotion and experience and give us words to speak to God when we don’t know how to pray or what to say. The Psalms have always been a big deal to God’s people. In fact, the New Testament authors quote the Psalms more than any other book of the Old Testament.

The 150 chapters of the Psalms are divided into five books. If you grab a Bible, you’ll notice it says “Book One” above Psalm 1, “Book Two” above Psalm 42, “Book Three” above Psalm 73, and likewise above Psalm 90 and 107. Each book ends with a doxology (Ps. 41:13; Ps. 72:18-19; Ps. 89:52; Ps. 106:48; Ps. 150). Grouped in this way, it’s clear that the Psalms are not “random” but have been arranged for a reason. Students of the Psalms go back and forth as to what that reason or reasons might be. Some have suggested that it’s mirroring the five books of Moses, and so have called it “The Pentateuch of David.” More recently, scholars have noticed an unfolding story tied with Israel’s history that looks roughly like this:

In trying to preach through the Psalms this summer, we’re going to select ten Psalms from Book One. You can’t miss David in Book One. With the exception of Psalm 1 and 2 (which is believed to be an introduction for the entire book of Psalms) and Psalm 10 and 33 (which is often thought to be tied to the Psalms preceding it, 9 and 32), all the Psalms of Book One are attributed in some way to David. David is frequently in danger and the major theme of Book One is God’s deliverance.

We begin this week with Psalm 1. Additionally, we’ve been running a Preaching Cohort with a few guys who are interested in preaching and I’m really excited that two of them will be preaching in the series as well. The schedule is below.

Two things you can do

1) Read the Psalms below in the coming weeks. Pray them. Use them for your personal time with the Lord or family worship or memorize them – however you do it, be in the Psalms with us.

2) Pray for the preaching of God’s Word. At some point during the week – perhaps on Monday as the preacher is getting started with his study, or on Friday when he’s panicking about not being done with the sermon, or on Sunday morning as you’re headed to church – at some point, pray for the preacher’s mouth and your ears.

« « Previous Post: The Persecuted Church: How To Pray | Next Post: Struggling Through the Psalms: Rejoicing in God’s Wrath » »