An Exodus to the End-Zone

Posted by Chris Wilson | Life Along The Road | No Comments 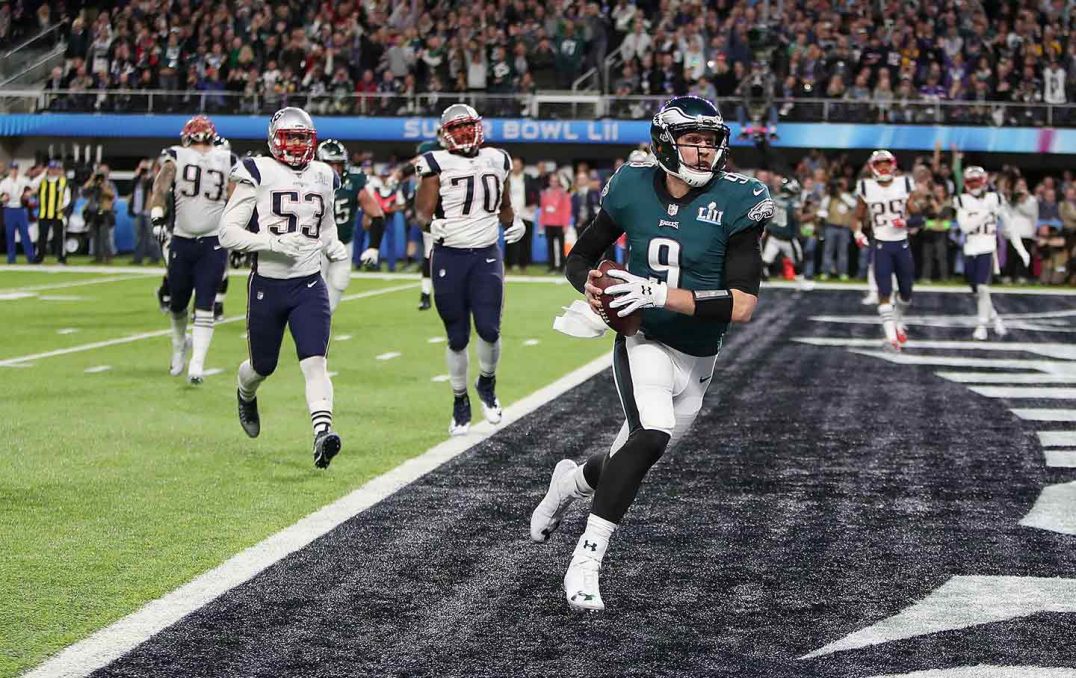 The quarterback takes the snap, drops back, (as the receivers scream down the field,
getting to the end-zone their only thought) steps up into the pocket and hurls the
ball skyward, 60 yards downfield. The ball is batted by a defender and then falls
through the hands of a diving receiver. Emotion courses through my body.
The date – February 4th , 2018. The quarterback – Tom Brady. The outcome – the
Eagles first ever Super Bowl Victory. The emotion – unbridled joy.

Watching the Eagles win the Super Bowl was the 3rd (I say 3rd only because I know
my wife will read this and we do have a child together, but you real Eagles fans
know what I mean) greatest moment of my life. As a lifelong Philadelphia sports
fan, I literally thought it would never happen. Year after year, season after season, I
rode the same emotional roller-coaster – high hopes in the off season, anticipation
during the preseason, ups and downs in the regular season, crushing
disappointment in the post season, and worst of all, I was sold every time on “next
year”. During any point in my fan-hood I would’ve told you I’d settle for a lifetime of
bad teams post Super Bowl win if only we could get just one. I’d be content with just
one night of unbridled joy, even if it was the only one I ever got.

Every time I read through Exodus (as I’m doing now) I have the same thoughts
about the Israelites. Toiling under Egyptian labor for 430 years, I imagine escape
and freedom being the only prayer on their lips. Finally, the day comes. The Lord
expressed His might, His power and His promise in ways never before seen and
delivers His people – His people who have been asking for this for centuries. One
chapter into their journey, they are faced with the Red Sea on their front and
Pharaoh to their rear. One chapter after witnessing the miracles of the plagues and
the fulfillment of their centuries-long prayers, what do they cry out? “Deliver us
again, Oh Lord? Once again, display Your might?” No. Their cry instead is, “Leave us
alone… It would have been better for us to serve the Egyptians than to die in the
desert!” (Ex 14:12).
And then after the miracle of the parting of the sea – “[In Egypt] we sat around and
pots of meat and ate all the food we wanted, but you have brought us out in the
desert to starve this entire assembly to death” (Ex 16:3). After the miracle of manna,
“Give us water to drink” (Ex 17:1). After the miracle of water from the rock, “Is the
Lord among us or not?” (Ex 17:7). All the way up to “Come, make us gods who will
go before us” when Moses took too long on the mountain (Ex 32:1). Time after time,
miracle after miracle, delivery after delivery, the Israelites seem so quick to
complain and demand more. I’m always astounded by how quickly they seem to
forget all the Lord has done for them. I confess to feeling a slight air of superiority
when reading – I’ll never do that. If the Lord were to deliver something so
unbelievable and miraculous for me, I’d never be discontent again.

The quarterback takes the snap, drops back, (as the receivers scream down the field,
getting to the end-zone their only thought), steps up into the pocket and hurls the ball skyward, 60 yards downfield. The ball is batted by a defender and then falls
through the hands of a diving receiver. Emotion courses through my body.
The date – December 1, 2019. The quarterback – Carson Wentz. The outcome – the
Eagles drop to 5-7 after losing to statistically one of the worst teams in NFL history.
The emotion – uncontrollable anger.
Less than 22 months after the greatest football miracle I’ve ever witnessed, I turn
my face skyward and beg for more.
Whether it be an long sought after escape from slavery, an incredible athletic
victory, a new house, a bigger paycheck, a child, a forbidden fruit, a whatever, its
part of our human condition to get the things we want – graciously, undeservedly,
miraculously from God – and immediately begin to grumble in our hearts and forget.
Discontentment isn’t just an Israelite thing.