The Comet is Coming 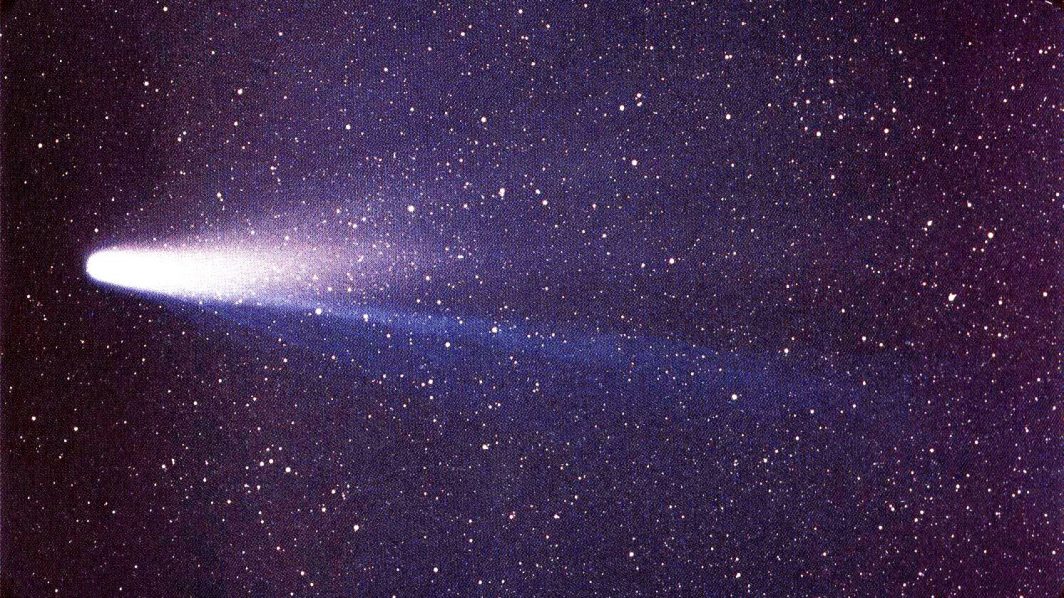 The following is written by Austin Freeman. Austin is a member of Seven Mile Road church and serves on the music worship team.

Outside of my window a big South Georgia thunderstorm is rolling up from somewhere off the coast. Thick thunderheads darken most of the sky and the air has that rich smell of rain. The downpour to come is now only a distant roar. It’s almost apocalyptic. As the pandemic continues, it is interesting how that word apocalypse has been thrown around recently, usually without question as to its meaning or origin. And oddly enough (is it a sign?!) in these “last days” as I finish up final exams I’ve stumbled upon the droning, electronic, jazz-infused stylings of The Comet is Coming.

To get a taste of what you are in for if you’ve never heard of the London based group (and I would recommend starting with their song “The Birth of Creation”), here is a portion of their bio from Spotify:

“The Comet is Coming to destroy illusions. It will manifest new realities, perceptions, levels of awareness and abilities to coexist. It is a musical expression forged in the deep mystery. It is the overcoming of fear, the embracing of chaos, the peripheral sight that we might summon the fire.”

Sound trippy? Well… you’re not wrong, but while the masterful blending of saxophone (sometimes clarinet), psychedelic synth, and laser-precise drums can sometimes be a challenging listen, give it enough time and the thrumming hooks will get lodged in your brain like a worm from outer space.

Regardless of what you end up thinking about their music, The Comet is Coming does get something right about the apocalyptic that is usually missing in our culture’s use of the word: an apocalypse should destroy illusions. Instead of the zombie or tsunami variety, when the word apokalypsis (where we get our word in English) is used in the Bible, it means ‘to reveal something’ or ‘make fully known’. For example, in Galatians 1:12 listen as Paul describes his gospel message as resulting from an eye witness meeting with Christ, “For I did not receive it from any man, nor was I taught it, but I received it through a revelation [apokalypsis] of Jesus Christ.” Paul meets Jesus and experiences an apocalypse. He used to view the world one way, and then his lenses are shattered. The world is revealed to him as it is, he is forever changed, and there is no going back.

While the coronavirus may not be the end of the world, it is apocalyptic. It has revealed afresh our mortality, we are powerless to control something we cannot even see. We are exposed as frail, and despite our best efforts we are not in control. The inequalities of our culture are again laid bare. Our individual and corporate selfishness has bubbled to the surface for all to see. The world is changed and the one that emerges will never be the same.

There is much we can and should do in response to what has been revealed by this virus, but perhaps more importantly the church can take heart that this apocalypse points us to the apocalypse at the end of the Bible. In John’s Apocalypse, Jesus reveals that he sits on the throne of history. He is the Alpha and Omega who knows and controls the end of the story. The new heavens and earth are brought together, and God’s glory covers it all. There will be no more tears or brokenness because the one who bore our brokenness on the Cross has dealt with sin and death forever. There is no comet coming at the end of history, instead, there will be a marriage feast at the wedding supper of the Lamb and his bride, the church. While we know this is not the end, we work, hope, and put our trust in the One who knows our end and has revealed to us his love in Christ.

For more discussion on Biblical apocalyptic I recommend the Bible Project’s most recent podcast series, or David Dark’s book on how cultural artifacts, from The Simpsons to Radiohead, function apocalyptically.

Jimmy is a member of Seven Mile Road where he serves as story team coordinator and a bassist on the music worship team. He works as a pediatric critical care nurse while he studies to become a nurse practitioner.

This site uses Akismet to reduce spam. Learn how your comment data is processed.